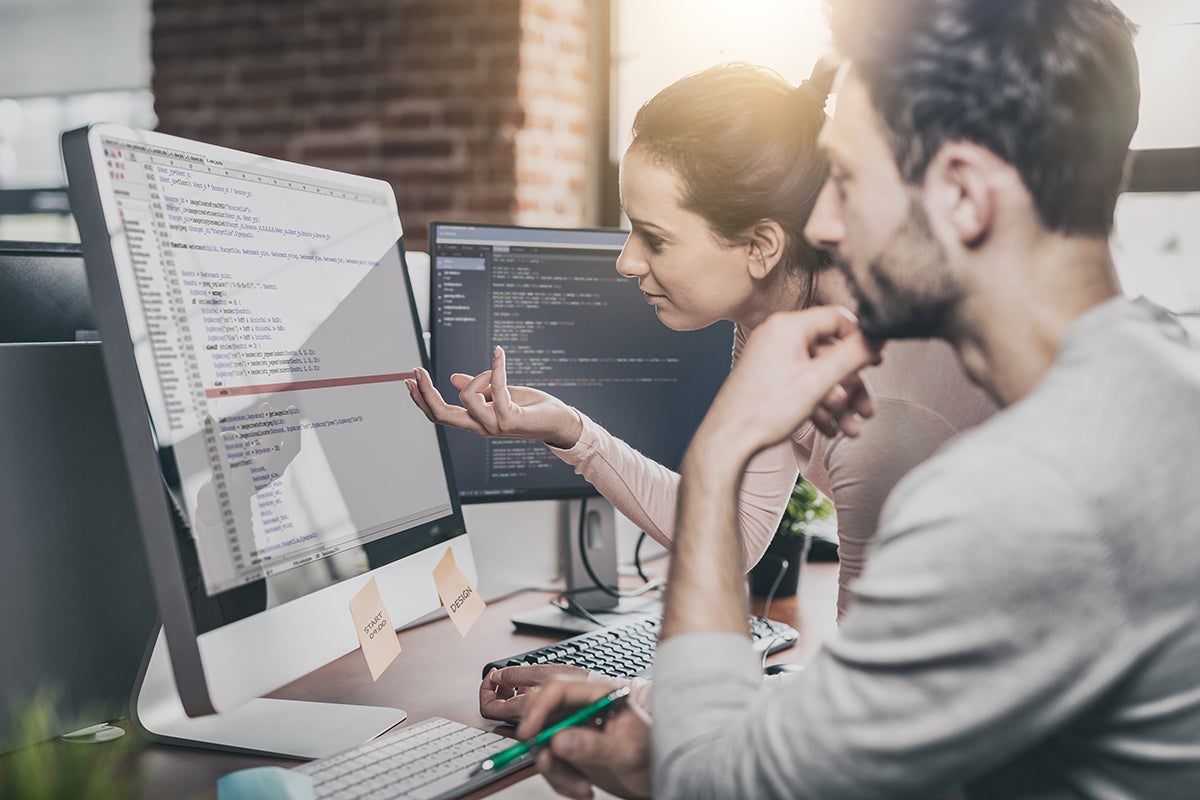 Even software developers can use a hand. That’s the intent of Thoughtworks’ homegrown Network Enabled Organization (NEO) toolbox, a development portal that has sped up application development from idea to deliverable on average 30% faster by automating much of the grunt work — and advanced tasks, too — out of the development process.

“Making developers more productive and getting them to deliver things faster is obviously a good thing,” says David Whalley, CIO of Thoughtworks. “But actually, it’s about delivering value to the customer, and in our case, that’s our internal business leaders.”

Thoughtworks, an IT consultancy founded 20 years ago in Chicago, competes with the likes of Cognizant and Wipro in 17 nations and has grown from 30 employees to more than 12,000 globally today — 55% of whom are developers. Projects like NEO aimed at making those developers more efficient has a significant impact on Thoughtworks’ ability to compete in a hot market.

Whalley teamed up with Thoughtworks Chief Digital Officer Swapnil Deshpande to develop the NEO Developer Experience Portal, which earned the company a CIO 100 Award for IT leadership and innovation.

The NEO toolbox includes APIs, predefined code, and SaaS plug-ins to free up Thoughtworks’ developers to innovate rather than focus on common tasks. NEO also abstracts myriad common and complex development tasks such as machine language models into a single platform that improves the speed and quality of sophisticated business applications.

Thoughtworks’ platforms team leans on NEO to deliver applications for the company’s C-suite and chief marketing officer, who interact with major customers such as Lenovo, John Deere, BP, Credit Suisse, Bosch, PayPal, and Standard Chartered, as well as major public sector entities such as the US Department of Veterans Affairs.

“The whole concept is about building a platform that allows developers to innovate,” Whalley says, noting that he leads the internal IT organization that provides services to the internal business. “What we’re doing essentially is abstracting a lot of the noise away from them, so they don’t have to worry about cloud services or security, because the platform provides those built in so they can focus on the business value that is needed.”

“Developer portals are to developers what trails are to hikers in a jungle,” Bhat says. “They provide a well-trodden path from concept to customer value amid a chaotic mix of tools and practices.”

Thoughtworks has not productized this in-house platform. But it has partnered with enterprise customer Spotify to create a like-minded open-source developer portal called Backstage. And in September 2021, Thoughtworks also partnered with customer Telus on the development of a Backstage-based portal for that company’s 8,000 developers.

As for NEO, the platform generates reports on key metrics such as the performance of fragmented teams, legacy technology that needs to be updated, applications that are duplicated, and any ill-defined business processes or other issue that could affect delivery cycles, Whalley says.

Through NEO, Thoughtworks has modernized its development process by replacing older components, such as event streaming and hosting, replacing it with Kafka and Google Cloud Platform. It has also consolidated features from API platforms, Heroku, and GitHub, for example, to ensure developers have all they need without redundancy.

“With NEO, the processes that used to be demanding and considerable effort were greatly streamlined. Being able to manage our projects, in addition to having access to infrastructure information and the resources available within the same platform, has considerably increased our productivity and organization,” says Rodrigo Denubilla, tech lead at Thoughtworks in Brazil. “NEO has had an extraordinary impact on our daily lives.”

In addition to helping jumpstart the development process, NEO also enables developers to experiment more. For example, with NEO, Deshpande can run a series of hackathons to push the limits on innovation. “We can spin those up in a matter of hours using the platform so people can come up with an idea and build it because all the basic building blocks are there for them,” the CDO says.

For a company that is growing “north of 20% annually,” NEO’s ability to track fragmented teams globally is another significant benefit, Whalley says. The platform, for instance, integrates data from SaaS systems such as Workday to give project leaders up-to-date employment information about the company’s developers, as well as their availability.

“If you want some financial data and headcount, it’s there,” Whalley says. “Obviously, all this is done through permissioning. Not everybody has access to confidential information, so it’s all authorized.”

Pawan Shah, a San Francisco-based Thoughtworks developer, also lauded NEO’s many benefits. “NEO has provided the perfect platform to assist developers to publish, discover, and consume these core assets through events and API, thus making the internal system integrations more seamless,” Shah says. “As a consumer of NEO, I see this as a huge benefit which has helped us move faster with our integrations so that we can focus on providing the right value for the business.”

“Most organizations use a complex collection of platforms, tools, and frameworks across different layers of the technology stack. This internal maze of technologies creates unnecessary overhead, duplicates effort, and hurts developer productivity,” Bhat says. “Developer portals help solve the problem of too many unknowns, poor asset discoverability, and tool fragmentation.”

By abstracting away the underlying complexity across multiple technology layers, from the data layer, to programming language and scaffolding frameworks, to infrastructure and APIs, developer portals like NEO can help make development work streamlined and consistent, Bhat says — a recipe for better business outcomes.