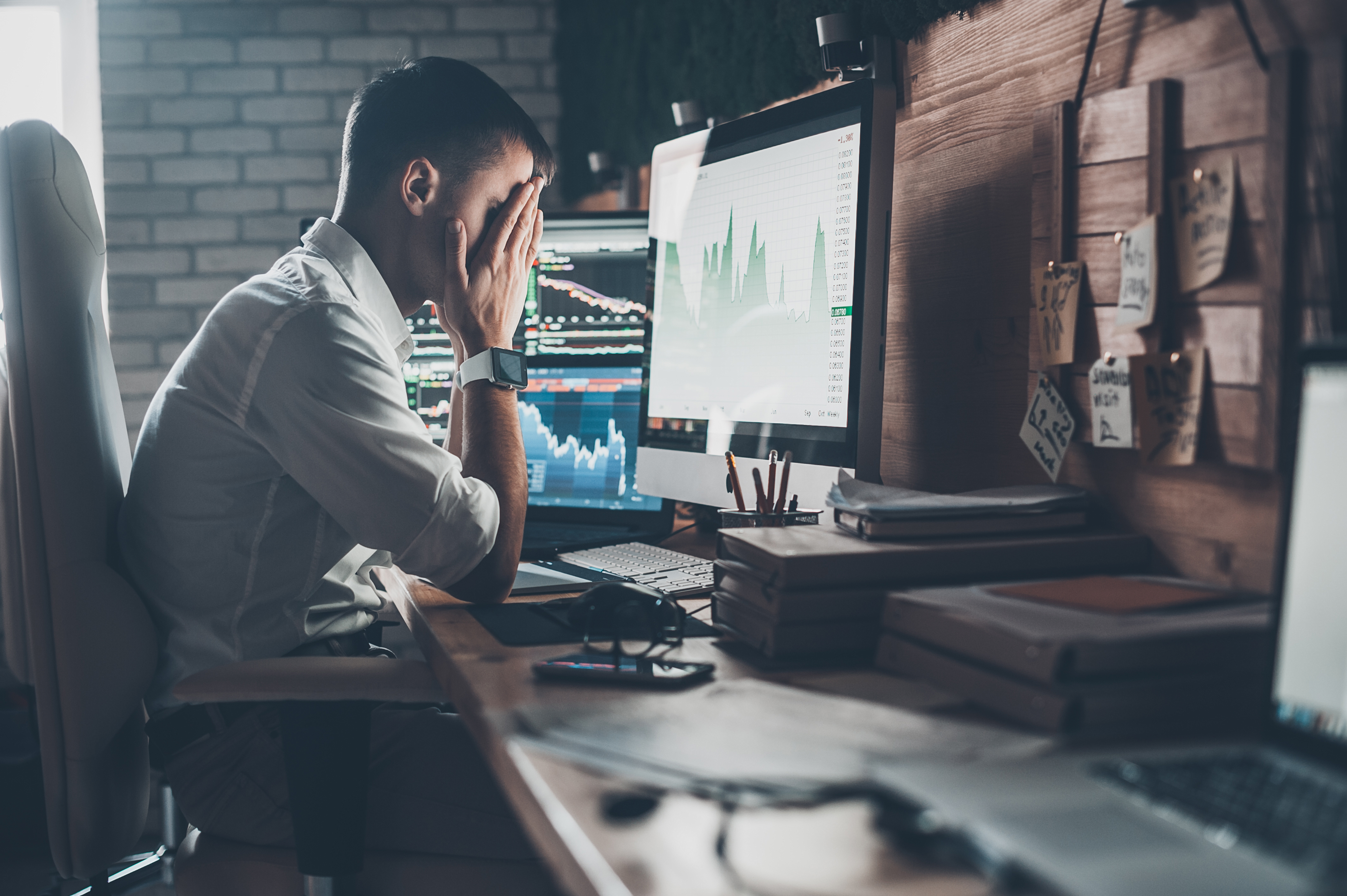 When New York-Presbyterian CIO Daniel Barchi arrives at work in the morning, he doesn’t sit down at his desk. That’s because he doesn’t have a desk — or an office — of his own. “I guide a very, very large team of IT people, but I don’t have one office where I go every day,” he says.

Instead, Barchi may spend the day working in the building that houses the company’s back-office systems. Or he may spend the day in one of its hospitals, meeting with executives or doing a walkthrough. Every day is different, and that’s the point, he says. “You can’t understand the needs of the clinicians unless you are meeting with them.”

Not every CIO can or should give up their own office, he adds. But his choice to do so reflects an inescapable fact: “The technology can work, but unless it works well for users in their environment, it’s not meeting their needs.”

That’s a hard truth every CIO must face. And it’s not the only one. Here are some more hard truths that CIOs and other technology experts say all technology leaders must learn, if they want to be effective at their jobs.

1. The business is not your customer

When you use the word “customer,” do you mean an internal customer — someone who works for the same company that you do and who uses the technology IT provides? That’s a mistake, many experts believe. “The most significant thing CIOs get wrong about business-IT alignment is servicing other departments’ ‘internal customers,’ instead of the true business customer needs,” says Phil Pettinato, CTO of Versapay. “The CIO should push to transform processes so the internal stakeholders can create better customer experiences for the primary customer.”

Because, of course, external customers are your company’s customers, and that makes them your customers, too. Thinking of internal users as customers creates a division between business and IT that can undermine your efforts to create alignment. “I don’t believe there’s IT and the business,” says James Anderson, a vice president and analyst at Gartner. “The business includes IT. And your product is not IT, it’s the services enabled by IT that are used for business outcomes.”

Another reason it’s important for IT leaders to stop thinking of the business as a customer is so they can focus on actual customers — which is increasingly important in today’s tech-driven world, he says. “You should know and interact with and understand your company’s customers. That’s how you keep them customers.”

2. Like it or not, you are responsible for business outcomes

This hard truth is one most IT leaders miss, according to Uzi Dvir, global CIO at digital adoption platform WalkMe. In his experience, Dvir says, fewer than 5% of CIOs spend any time talking about business outcomes or measuring the business outcomes created by the technology they deploy.

“The CIOs I speak with often only look at cost,” Anderson says. “And then they’re challenged with, ‘What’s the ROI?’” That’s a question CIOs often can’t answer, he says. Back when he was in a different CIO role years ago, he was rolling out some automation systems. “The finance group would say, ‘What’s the ROI on that?’ We would say, ‘We’ve got this infrastructure, this application, the training, and the rollout. There is no ROI.’”

Today’s CIOs can’t afford to make that mistake. “It’s important to measure business outcomes, not just technology,” says Damon Venger, CIO at CompuCom, a managed services provider based in Boca Raton, Fla. “You implement a new piece of software. You completed the project, it’s live and has 10,000 users. You declare victory because it’s done. But if the business outcomes are not there, it’s not a success.” And that means business and IT are in disagreement, he says. “IT says success; business says failure.”

3. Alignment isn’t just about you — it’s about your team, too

Some CIOs treat IT-business alignment as their own responsibility. That’s a mistake, experts say. “The leadership team below the CIO also needs to be customer facing. It needs to be able to help solve problems. It shouldn’t just be going away and writing code,” Pettinato says. “To make it scalable, you need to take it beyond just one individual.”

“I clearly can’t, myself, be involved in every organizational conversation,” Barchi says. “That is where trusting your team helps. There are many leaders on my team who are in these meetings day in and day out, solving problems in real time.”

In fact, he says, creating a team that’s capable of doing this is the most important part of his job. “As I’ve grown as a leader, I’ve recognized that my contribution is not my own technical skill and my ability to make decisions. It’s my ability to create a team that can do all of that,” Barchi says. “I think CIOs do well when we know that our job is not to be involved in every technology decision — it’s to create the environment where that can happen and create a team that can do that.”

Vendors, especially those selling cloud-based products, have made it a habit to call on business leaders in addition to — or instead of — IT leaders. And they’re making sales. “The business gets their door knocked on by vendors who say, ‘Hey, we can get you up and running on this solution tomorrow,’” Anderson says. “And when they go to IT with the same need, IT says, ‘It’s going to take us two weeks to evaluate your proposal.’”

That’s why IT leaders need to get better at quickly putting technologies in place that create business outcomes. “The reason shadow IT exists is because necessity trumps efficiency every single time,” he says. The business has a need, and a vendor helps them get a solution up and running. When the business brings in the IT department, IT says, “‘We have our own process for this.’ Then the business is unhappy with IT because it seems like they can’t stand up solutions as quickly as the vendors can,” Anderson says.

Of course, there may be good reasons why IT needs that extra time. Your team is considering security and governance, and integration with existing and planned systems — things vendors may not worry about. How can IT departments compete with vendors on this unlevel playing field?

The answer, Anderson says, is to discuss every new technology’s pros and cons in three areas: cost, value, and risk. The business may not look at those issues the same way you do, he says. “But those are the building blocks for a discussion on whether we should go with this vendor or internally.”

5. The business may not want to move at the same speed that you do

“CIOs need to recognize where the business comfort level is,” Barchi says. “Do they want to be cutting edge, or are they comfortable being a late adopter of a technology or tool?”

Being a late adopter can be a safer approach, while being an early adopter can confer competitive advantage.  “The CIO’s role is not to advocate for either, but to read the organization and understand how best to achieve its goals,” he says

Besides, he says, every new technology comes at a cost, not only in dollars but also in effort on the part of both IT and the business. “We need to decide how much of our resources we’re willing to expend to make sure it’s going to work,” he says. “Even technology with a lot of benefit has a cost burden associated with implementation and refinement and making sure it meets the needs of the organization. Is the benefit of that advanced technology worth that cost and that lift? Or would it be better to optimize what the organization is doing with current technology and then adopt the advanced technology later when it’s better suited to move smoothly into the enterprise?”

Barchi says he weighs considerations like these all the time. “That’s a tradeoff. There’s no right answer.”

6. The business really does need to understand what you do

Experts stress that CIOs — and their teams — need to understand how the business operates, and be able to speak its language, to be effective. But, Venger says, the reverse is also true. Effective technology leaders need to be good at helping business leaders grasp the complexities of modern technology so that they can work with IT to make good technology decisions.

“I think it’s about being more transparent,” he adds. “I like to say, it’s like The Wizard of Oz. The business doesn’t know what’s going on behind the curtain. But if we’re transparent and we explain, ‘This is how it’s working. This is what we’re delivering on,’ maybe, collectively, we can come up with a better way because maybe they want different results. You make adjustments together with the business so you can make sure your internal team is focused on what’s going to help drive the business.”

Knowing how to have these conversations is a powerful skill for any CIO, he says. “Being able to translate complex technology into terms that make sense for business results. It’s not about speaking in layman’s terms or dumbing anything down. The only way to do it is to understand the business, and as much as you can, get the business to understand IT.”

Most CIOs are, Anderson says. For example: uptime. That’s value-expected as opposed to  value-added, he says. CIOs need to tell the business about both value-added and value-expected, but most don’t distinguish between the two.

“If you’re looking at two different ice cream shops, you’re not thinking, ‘Which one has the cold ice cream?’ That’s value-expected,” he says. Seventy to 80 percent of the typical IT budget is spent on value-expected, keep-the-lights-on work such as creating the “five nines” of availability many CIOs take pride in, he adds. But if you want to talk about availability, you need to go the extra step to connect that metric to a specific business outcome, Anderson says. “How is this suite of applications used? It’s used to close loans. What impacts my paycheck is how many days it takes to close a loan. So if you talk about how availability helps with these metrics you care about, that’s a game-changer in a conversation on the business value of IT.”

In general, Barchi says, IT leaders are doing things right to foster business-IT alignment and help drive business results. “We’ve grown to be responsive to the needs of our customers in every industry I’ve seen.” But, he says, some business leaders have been slow to understand how IT can and must fit into every initiative.

“In some of the industries I’ve served, the first reaction I get from my peers is, ‘Oh, you want to be embedded with us? Join our staff meeting every other Tuesday for the last five minutes, and we’ll save any IT issues and discuss them then,’” he says. That’s not a great approach because there’s some element of tech in almost every financial, customer experience, service, or operational conversation. “So not just technology leaders, but also business leaders, need to recognize that technology underpins most of what we do now, and it needs to be part of every conversation.”

It’s up to IT leaders to deliver that message, he adds. “The hard truth is that, as CIOs, it’s on us to show the value of being part of every conversation — mostly listening, and then coming up with solutions or helping to solve problems.”

Business IT Alignment, IT Leadership