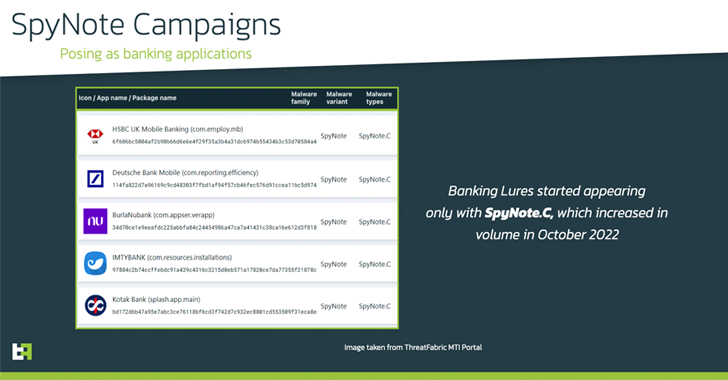 Financial institutions are being targeted by a new version of Android malware called SpyNote at least since October 2022.
“The reason behind this increase is that the developer of the spyware, who was previously selling it to other actors, made the source code public,” ThreatFabric said in a report shared with The Hacker News. “This has helped other actors [in] developing and distributing theRead More